Manchester City have made enquiries about signing striker Wilfried Bony, 26, from Swansea in January for £30m. (Telegraph)

City will face competition for Bony’s signature from Chelsea, who are also interested in the Ivory Coast international.

Arsenal manager Arsene Wenger has identified central midfield as the area he will look to strengthen when the January transfer window opens. (Guardian)

AC Milan have told clubs including Arsenal and Liverpool that striker Stephan El Shaarawy, 22, will cost £11.5m if they want to sign him in January. (Daily Express)

Everton are weighing up a short-term move for Wigan goalkeeper Ali Al-Habsi, 33, because of an injury to Tim Howard, 35, who has been ruled out for up to six weeks. (Daily Mail)

Serbian defender Matija Nastasic is on the brink of leaving Manchester City after Schalke confirmed they were in talks with the 21-year-old over an an initial loan deal. (Manchester Evening News)

Newcastle will snub a £9m bid which Arsenal are believed to be lining up for the club’s French midfielder Moussa Sissoko, 25. (Independent)

Tony Pulis would be willing to work alongside a director of football at West Brom as long as guarantees of complete control of the club were included in his contract. (Guardian) 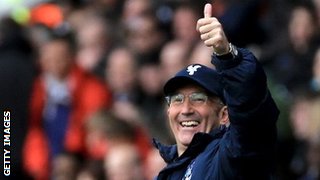 Pulis has also rejected the chance to replace Alan Pardew as manager at Newcastle because of fears that owner Mike Ashley would pick the team. (Daily Mail)

Neil Warnock says he is not bitter about his departure from Crystal Palace and thinks Pardew would be the ideal choice to succeed him as manager at Selhurst Park. (Talksport)

Pardew returned to Newcastle’s training ground to say goodbye to players and staff before his appointment at Palace. (Newcastle Chronicle)

Pardew is anxious to get started at Palace and wants to take charge of the club’s game against Aston Villa on New Year’s Day. (Daily Mail)

We bring you the very best content of the beautiful game we all live, breathe, sleep